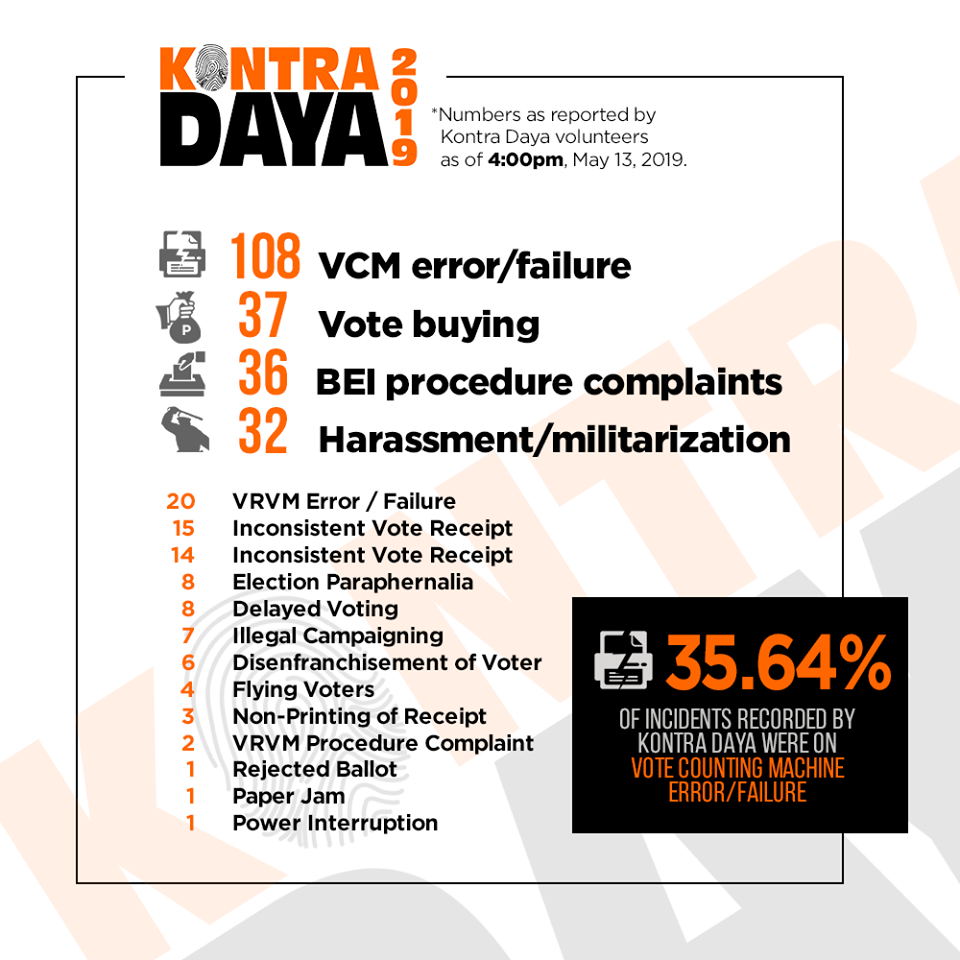 Election watchdog Kontra Daya raised concern over numerous reports of voting machine errors or failures sent in by independent monitors and volunteers on the ground, saying that these left the 2019 polls vulnerable to fraud.

Kontra Daya reported more than 288 incidents independently monitored and mapped by from its volunteer network on the ground.

Most of the complaints received by Kontra Daya were reports of errors or failures in either the Voter’s Registration Verification Machines (VRVMs) and vote counting machines (VCMs) stationed across precincts nationwide.

Kontra Daya said that the shift to manual procedures poses a vulnerability as any ballots are left in the custody of the election BEI and are even more prone to manipulation.

The Commission on Elections (Comelec) admitted in a press conference earlier this afternoon that 600 out an estimated 85,768 voting machines have been replaced.

Kontra Daya notes that this is a substantive increase in the number of VCM replacements from previous elections. VCM malfunctions were reported by both Kontra Daya and the Comelec during the 2010 (205 VCMs), 2013 (171 VCMs), and 2016 (150 VCMs) elections.